The first month of the year has absolutely flown by, and with it has come triumph and tragedy alike for Chelsea Football Club. With transfer deadline day upon us, perhaps it is best to examine what we’ve gone through in January and how we can move forward from here.

The Blues’ efforts in the last month have brought multiple key points and highlights worth celebrating. In examining individual performances, I must hail a few who have clearly stepped up for the team to drag us out of the horror that we witnessed in December.

First up is Hakim Ziyech. It’s fair to say that the Moroccan Magician has exploded into the best form we have seen from him since he signed for Chelsea in the Summer of 2020. It has been simply magnificent to watch him grow into the confident player we all knew he could be, and his performances on the pitch lead me to believe that he is currently our best attacker, despite all of the big names Chelsea flaunt in that department.

Secondly is midfielder Mateo Kovacic. January has no doubt housed a display of class and brilliance from this man. Watching him play, I am consistently shocked by the sheer ball control he maintains. Whether it be an absolute screamer of a goal against Liverpool, clever flicks to set up other players, or the absolute dominance he exudes, he has surely established his superiority as the backbone of this Chelsea squad.

Finally, whilst Edouard Mendy has been attending to the great success of his home country Senegal in the African Cup of Nations, Kepa Arrizabalaga has come forth and quelled the worries of Chelsea fans, as his heroics and bold presence in goal all month long elicit the idea that he has come out of the rut of low confidence that has possessed him over the last several years at the club.

Multiple match results brought me joy as a Chelsea fan this January. For example, it is always a good month when I get to see the Blues beat their London rivals Tottenham three times in a row, along with a wonder goal from Hakim Ziyech to top it all off.

Yet I cannot forget the nightmare performances and their effects on our efforts moving forward. Though we only managed one loss, it was perhaps the biggest blow of them all. Our 1-0 defeat to Manchester City likely squashed our title hopes for the season. To make matters worse, whether it be the genius of Graham Potter, or the incoherency at times of Chelsea’s attack, we dropped points for the second time in a few weeks in our 1-1 draw against Brighton.

That result of course draws upon a larger negative plaguing Chelsea at this moment. How is it, with such big names as Romelu Lukaku, Kai Havertz, Timo Werner, Christian Pulisic and others, that Chelsea still struggle to create a definitive and aggressive attacking presence on the field? Our vast arsenal of attackers includes not only the aforementioned names, but also the likes of Mason Mount, Hakim Ziyech, and Calum Hudson-Odoi. Chelsea fans often boast the abundance of depth and versatility that this immense pool of players brings to the table. However, in having so many options, I think we have created too many choices and thus a lack of one consistent system that relies on a few star attackers, such as the structure of Liverpool’s attack in Salah, Mane, and Firmino.

Whatever the case, certain offensive players like Pulisic and Hudson Odoi have failed to thrive as of late in this Chelsea team, and others like Havertz or Werner have found minutes on the field to be few and far between. As such, it is no wonder that the January transfer window has seemingly brought new bombshell headlines by the day regarding a Chelsea attacker being unhappy or being sought after by another big club. In addition, the constantly uncertain future of such star defenders as Rudiger and Christensen coupled with the lack of any real big signings by Chelsea has spawned a slew of versatility and anxiety for the club and us fans.

Though the transfer window has been somewhat of a lowlight for Chelsea Football Club, there could be glory in the last moments as reports abound regarding the potential signing of Ousmane Dembele before the window closes. Regardless, things to look forward to as we enter February are the apparent return of star wingback Reece James, as well as Chelsea’s anticipated pursuit of the Club World Cup. 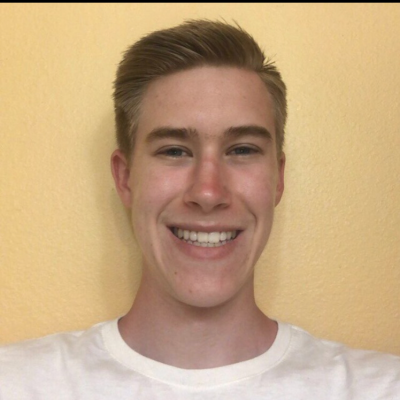