The date was September 28, 1988. The Summer Olympics were roaring along in Seoul, South Korea. The game of basketball saw an intense matchup between, at the time, bitter rivals.

This rivalry wasn’t born on the basket court, it steamed from political differences as the Cold War was at its highest point.

At this time, no NBA player was eligible to play in the Olympics. In other countries, professional league players were allowed to play only because they were considered amateurs by the FIBA.

With pride on the line, the USA team lost to the Soviet Union 82-76. This hurt America. But by the time the 1992 Olympics would come around, the United States team would be ready.

In 1989, FIBA voted to change the rule and allow NBA players to participate.

The Soviet Union proposed to limit the national teams to only two NBA players, but this was unanimously rejected.

On September 21, 1991, the first ten players were selected to the roster:

Then, as a nod to the amateurs who represented the USA in the Olympics throughout history, the U.S. basketball committee decided to select Christian Laettner of Duke University.

There was some controversy over both of these picks. First, the Laettner pick had people questioning why?

Even though Laettner was coming off a game-winner and an NCAA national championship, and he was the winner of the NCAA player of the year, the consensus was Shaquille O’Neal was the best collegiate player.

At the end of the day, it didn’t really matter, as the only college player didn’t see much time on the court during games.

An even bigger controversy that is still brewing today, especially thanks to the Last Dance documentary, is Isiah Thomas being left off the roster.

At the time the NBA was selecting the Dream Team’s roster, Isiah Thomas was still one of the top point guards in the game.

He was most certainly the second-best point guard in the past decade, only behind Magic Johnson.

So, why was Thomas left off? Many people said Michael Jordan didn’t want to play with him, which Michael denies. There’s clearly no love lost between the two, still to this day.

An audio clip was recently released from 1992 where Jordan says, “I won’t play if Isiah Thomas is on the team.”

Scottie Pippen has made it well known that he didn’t want Thomas on the team and apparently, no other player wanted the “Bad Boy” Piston to play, so he was left off.

Now, with the team assembled, they needed to get ready for the Olympics with some practice scrimmages. Then, the unthinkable happened.

A scrimmage was set up against a team made up of college stars, including Grant Hill and Chris Webber, sometime in June 1992.

They would play a 20-minute scrimmage, that would be a piece of cake, right? Wrong!

Chris Webber reportedly dominated the paint. Grant Hill did what he wanted on the court as the Dream Team played out of sync.

There’s no exact score, but it was reported that the college players beat the Dream Team 62-54.

Michael Jordan had this to say about the loss:

“We got killed today. They beat us and they played well. We don’t have any continuity at all. If they were in the Olympics, they’d win the silver medal.”

How could this happen? The greatest team ever assembled can’t beat a team filled with college players?

Chuck Daly wanted to show the players on the Dream Team that they could be beaten. He wanted them to prepare better, to be more focused on the task at hand.

The message seemed to work, as the next day the two teams had a rematch. There’s no reported score for the second game, but the Dream Team destroyed them.

Grant Hill had this to say about the rematch:

“The next day, we couldn’t get the ball over half-court.”

So, the Dream Team found their continuity after all. Oh, and Michael Jordan played a lot more.

Tournament of the Americas

First up for the Dream Team was the tournament of the Americas. Not to a surprise to anyone, but the Dream Team won all six games by an average of 51.5 points, on 121.2 ppg scoring.

Before the Olympic Games would start, another scrimmage would occur. This time, the Dream Team split up into two teams and what’s known as The Greatest Game Nobody Saw happened.

Here’s the roster makeup for both squads:

John Stockton and Clyde Drexler sat out as they dealt with injuries.

Magic Johnson’s blue team jumped out to an incredible start, taking a 7-0 lead and eventually pushing it to a 13-4 advantage.

All while this was going on, Magic Johnson was talking trash to Michael Jordan. On one particular play, Magic threw a perfect pass to David Robinson, who drove to the hole and got fouled by Patrick Ewing.

Magic screamed to Robinson, “All day long, all day long!” Then he gets personal with Jordan. Magic yells, “The Jordanaires are down.”

After this statement, Michael Jordan turned up the level of his play to a level only he could turn to.

The Dream Team was ready for Olympic play, and “play” it would be. The games were not fair, as the Dream Team dominated the competition.

The entire world knew the American basketball team would be unstoppable, and they appeared to be fans rather than opponents.

Before games, players on the opposite teams would come up to the Dream Team players and ask for autographs.

Charles Barkley led the Dream Team in scoring with 18.0 points per game while Michael Jordan led the team in steals per game, with an average of 4.1

The level of play and the grace the Dream Team showcased in Barcelona, Spain, made the world fall in love with the game.

There, along with the dominance of Michael Jordan and the Chicago Bulls in the NBA, helped grow the popularity of the game of basketball.

The ultimate thanks has to go to FIBA and David Stern of the NBA for allowing the stars of the NBA to play on the world’s stage.

So, the next time you turn on a game, and you see all the amazing foreign players dominating the games, you can look back to that 92 Dream Team and think about how their dominance changed the game forever. 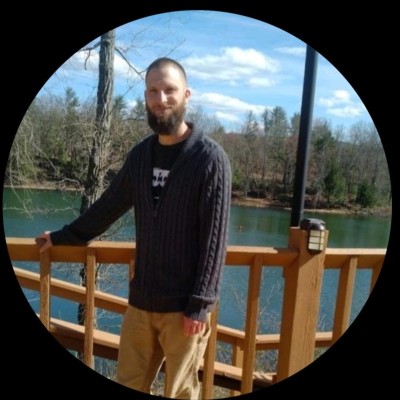 Miami Pulls off Win with Fast and Furious Fourth Quarter

The Lakers have made their (old) bed. Now they must lie in it.

The NBA has seen its fair share of fathers and sons who played in the NBA. From Joe and Kobe Bryant to Del and Stephen Curry, there have certainly been a few.

But what about brothers who've played in the NBA?

If you enjoy playing, watching, and being an overall fan of basketball tomorrow nights game between The (13-11) Boston Celtics and The Los Angeles Lakers (12-12) will take take place at The Staples Center as tip off begins at 10 p.m. In essence, the previous matchup took place at TD Garden on Friday November 19th, where the Celtics won, 130-108. Both the Celtics and the Lakers are tied with 17 NBA Championships; and have 34 titles combined out of 75 NBA seasons thus far.

The battle of Los Angeles went underway last night as LeBron James returned to the starting lineup. With, that being said the energy felt different at The Staples Center on Friday night, December 3rd, 2021. A total of twenty turnovers were committed in this contest eleven by the Lakers and nine by the Clippers.

With twenty four games concluded, The Los Angeles Lakers fell to (12-12) after they lost to their arch rival The Los Angeles Clippers (12-11), 119-115. In essence, the Lakers had a rough night shooting from the three point line by going 12 of 33, while the Clippers were 16 of 35 from downtown. What has also hurt the Lakers thus far is their free throw shooting by going 13 of 21, which was 61.9%.